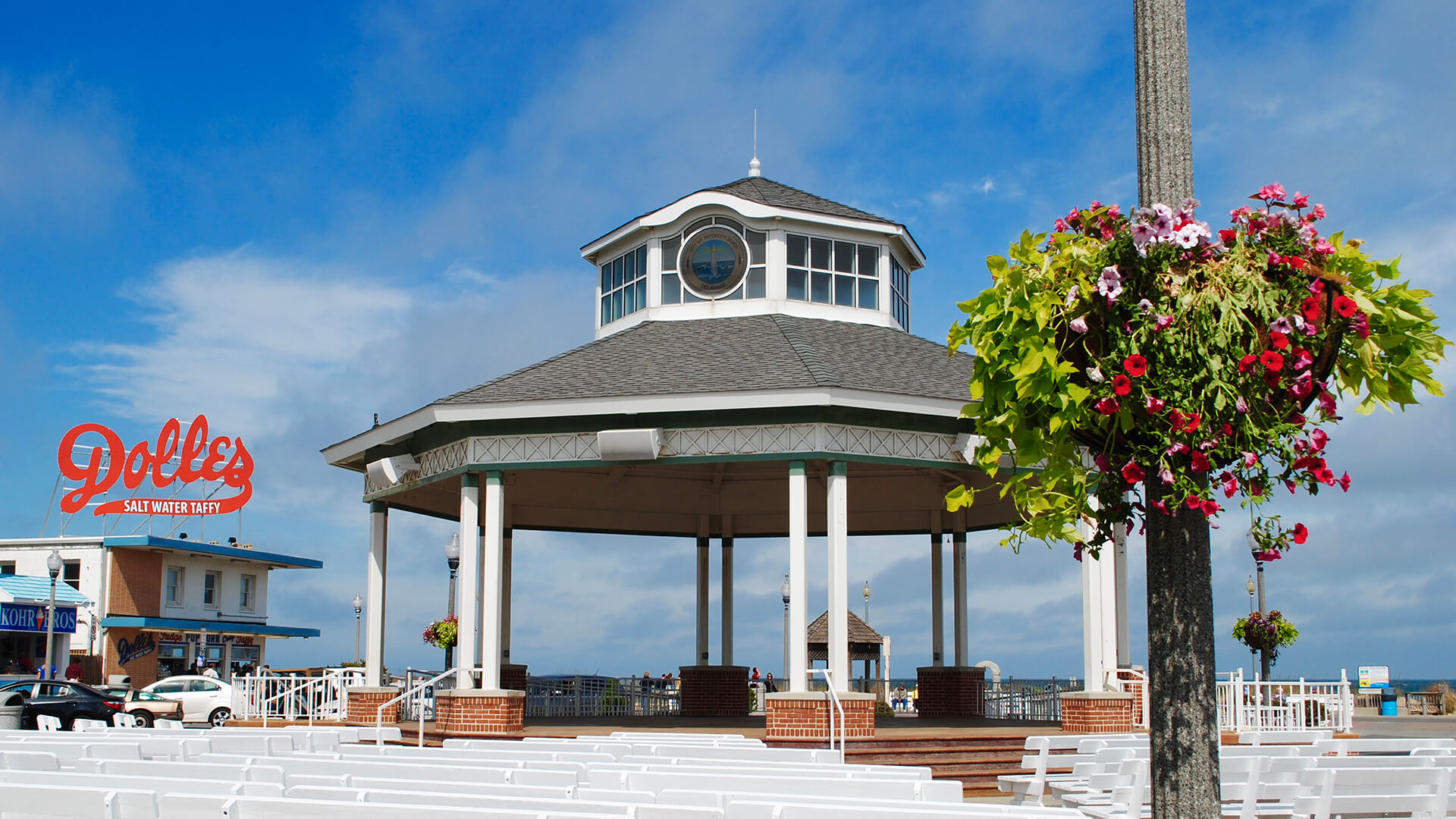 Rehoboth Beach is a popular beach community and vacation destination on Delaware’s Atlantic Coast. While the “Nation’s Summer Capital” has only about 1,500 full-time residents, upwards of 50,000 people come into town during the busiest parts of the summer, be it a holiday weekend or a special event.

As you can imagine, parking is a big deal for a city whose population can increase 30-fold over the course of a single weekend. In fact, the official start of the summer season in Rehoboth Beach is when the parking meters are turned on the Friday before Memorial Day. However, the city was suffering from a hodgepodge of parking technology, which included coin-only single head meters, single head meters that accept coins and credit cards, multi-space pay stations, and residential permits, plus a mobile payment option for the metered areas.

This combination of vastly different parking technologies was leading to a poor customer experience, as the parking procedure could change from one block to the next. “These three methods weren’t very user friendly, especially to new visitors to Rehoboth Beach. It could be extremely confusing in terms of how they pay to park, obviously depending on exactly where they are,” stated Evan Miller, Projects Coordinator for the City of Rehoboth Beach.

Having multiple different systems from multiple providers caused headaches for the city’s parking staff as well. “When you have different providers, that’s potentially three or four people you need to contact for support or assistance or questions. If an issue occurs, they need to figure out exactly where it is, and then from there they can figure out who to contact,” Miller explained.

Rehoboth Beach recognized that their disjointed system was not working for them or their patrons, so they reached out to T2 in an effort to consolidate their parking technologies and move toward a more streamlined and efficient approach to parking enforcement. 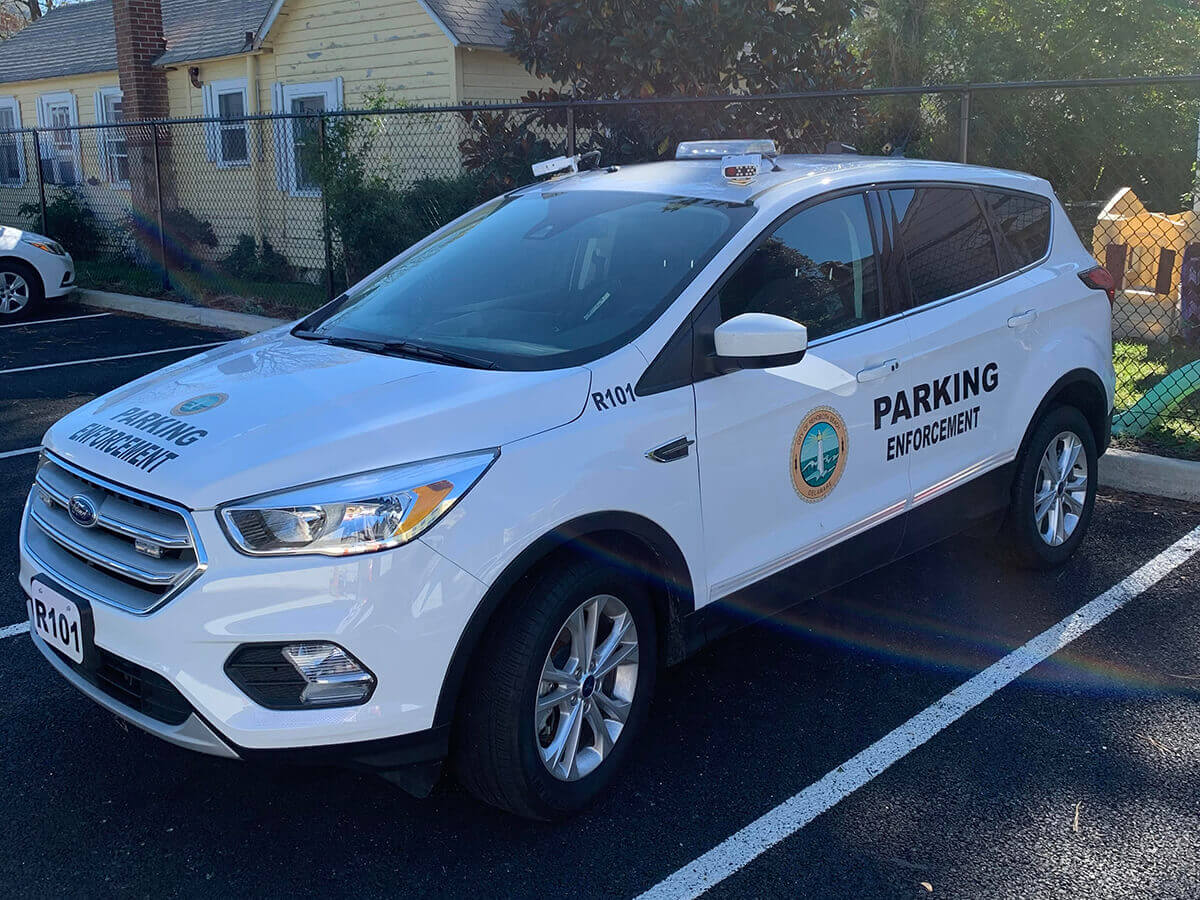 With LPR enforcement and Luke Cosmo, the parking and enforcement process in Rehoboth Beach has been simplified considerably. To park, patrons simply approach the pay station, enter their license plate, and pay with coins or a credit card. They can also use the Parkmobile app to pay using their smartphone and extend their time if needed.

Then the enforcement vehicle drives up and down the street, the LPR cameras scan license plates, and AutoVu Patroller cross-references the plate readings with paid time and any time limits, such as 3-hour maximums or loading zone restrictions. Whenever the software comes across a vehicle that has not paid for parking or has overstayed its time, it will prompt staff to issue a citation using eTicketbook, which integrates seamlessly with AutoVu.

“The system is extremely efficient and also very smart in terms of being able to identify when it’s in one zone versus another zone,” Miller said. “If it’s in a 3-hour zone, the vehicle knows that it’s in a 3-hour zone at $3 an hour. If it drives just down the street it will automatically pick up that it’s in a new zone that’s $2 an hour for 12 hours. Overall, that was definitely helpful to the enforcement crews.”

Rehoboth Beach saw a huge increase in efficiency for their enforcement officers during their first summer using LPR. Previously, officers patrolled on foot, walking up and down each block checking for expired meters and tickets. With T2’s LPR enforcement system they are now able to patrol all nine blocks in about 3 hours, which is perfect considering the city’s switch to 3-hour maximum parking in parts of downtown.

In fact, the city’s parking enforcement became so efficient that some people accused the officers of receiving notifications when meters expired. “They felt as though the staff were being alerted whenever somebody’s time expired and they would immediately go over there, which is not the case. It’s just that they were able to patrol so much more efficiently that they were able to catch people with expired time,” Miller explained.

Rehoboth Beach also saw its parking revenue increase about $900,000 over the previous year. Miller credits this significant revenue growth to their ability to generate more citations thanks to the increased efficiency of their LPR system, as well as a dollar an hour increase for parking in the city’s heavy commercial area.

Additionally, the city was able to streamline and simplify their customer experience. With Luke Cosmo units replacing seven blocks of single head meters, the core of downtown Rehoboth Beach is now exclusively equipped with multi-space pay stations, meaning patrons have just one simple parking process to remember. According to Miller, “The pay stations were relatively easy to use, easy to understand. I think, overall, it worked well.”

“We weren’t just looking at a way to improve the efficiency of operations for this past summer, but also moving forward in the future.”
Evan Miller, Projects Coordinator

Rehoboth Beach’s journey toward streamlining their parking operation isn’t over yet. One of the deciding factors in the city’s decision to go with T2’s LPR enforcement solution was that they could utilize it for permits as well. “We weren’t just looking at a way to improve the efficiency of operations for this past summer, but also moving forward in the future,” Miller said.

Rehoboth Beach hopes to build on their success by implementing virtual permitting next year, which would eliminate the need for physical permits, move permit sales and renewals online, enable LPR to be used for all enforcement, and allow the city to manage their operation on one single platform.

Additionally, T2 uses great relationships with customers like Rehoboth Beach to continue to evolve our products and stay current with the latest technologies, such as integrating our Mobile Enforcement App with T2 Luke pay stations and Genetec’s LPR system to enhance our LPR enforcement solution.

The end goal: “Creating more consistency related to parking in the city.”

Back
← 11 Tips and Tricks to Help You Get the Most Out of Connect 2019 Employee Spotlight: Shi McGowan →
Skills Posted on