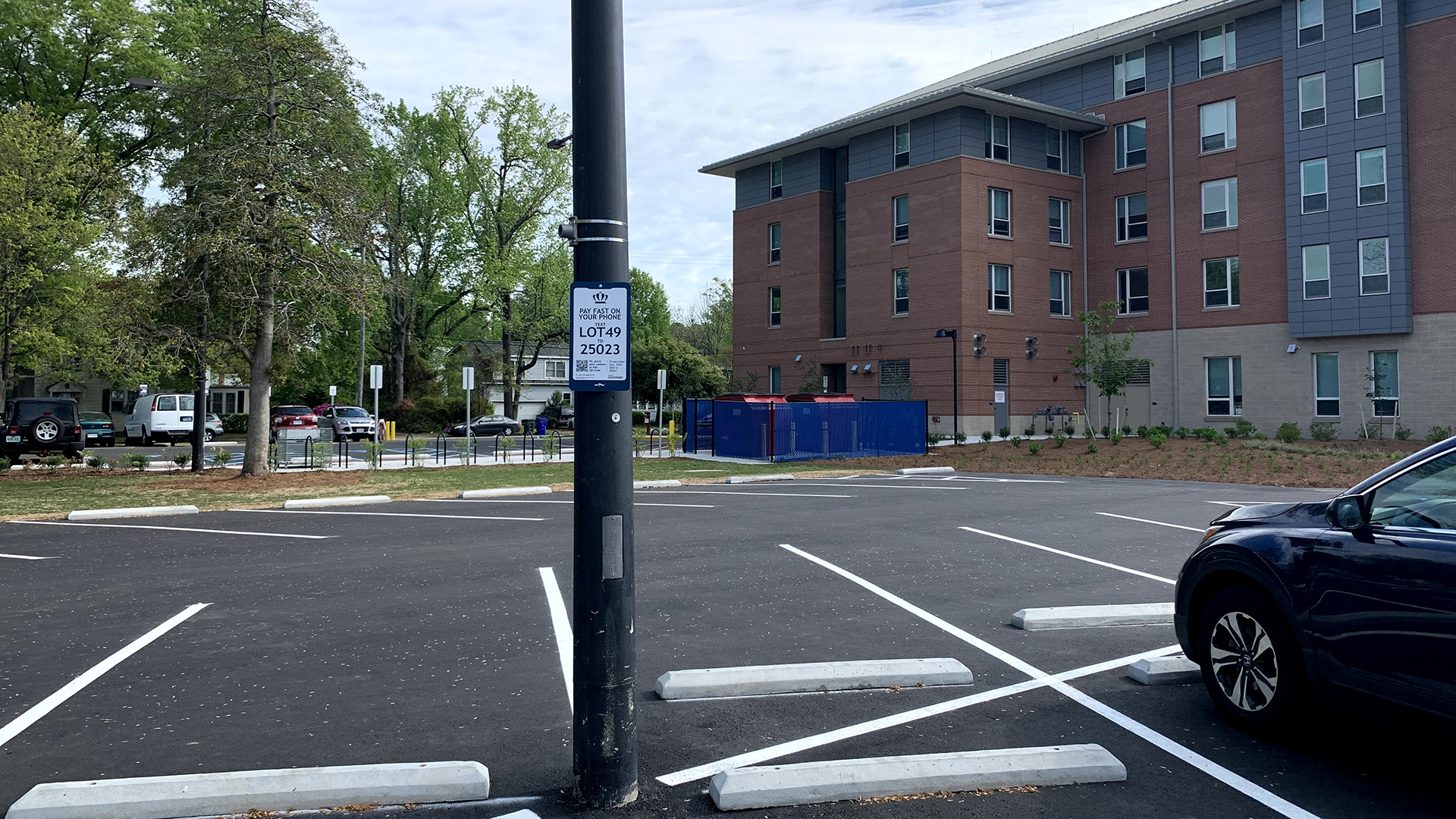 While the Commonwealth of Virginia boasts some of the oldest universities in the United States, Old Dominion University is newer to the scene. Established in 1930 and granted university status in 1969, ODU is now one of the largest universities in Virginia with nearly 24,000 students and 335 acres of campus.

As the university has grown, its parking operations have as well. ODU Transportation & Parking Services (TPS) manages over 7,500 parking spaces across 5 garages and more than 30 surface lots. With growth comes change, and the time had come for TPS to reevaluate the way it handled hourly parking.

Additionally, ODU had 15 pay stations that were nearing their end-of-life and ready to be replaced. However, TPS did not have the up-front capital available to replace them all.

To address these challenges, ODU looked into transitioning from pay stations to mobile payments for hourly parking. That’s when they discovered T2 MobilePay. 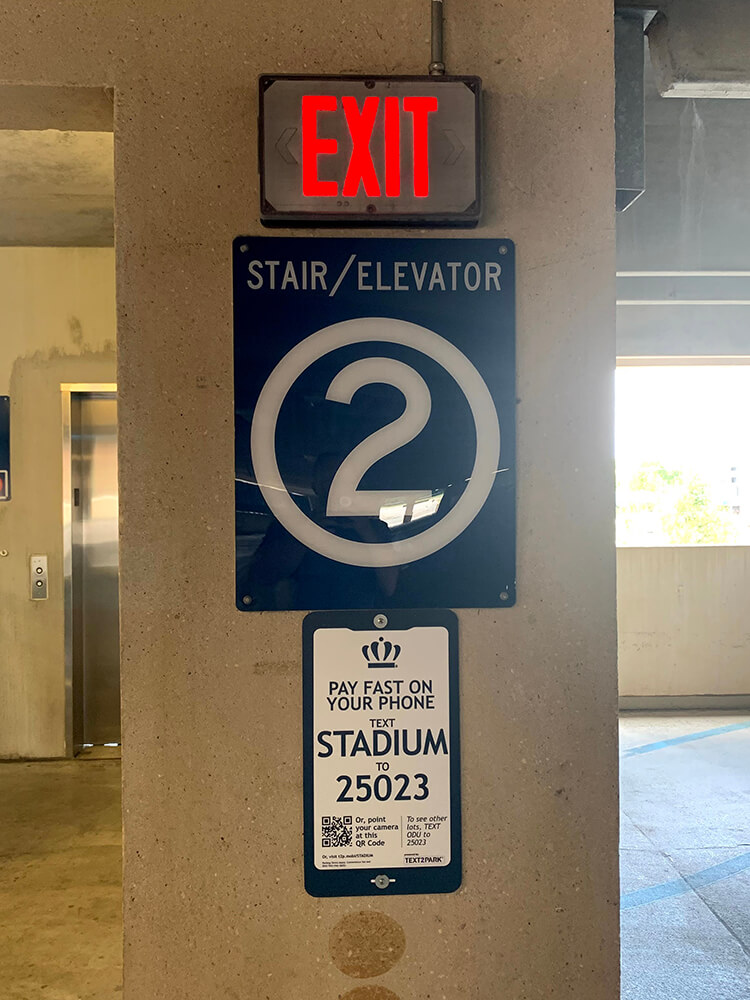 While ODU had previously been using a mobile payment service, it was not very well utilized across campus. They wanted something that would be easier to use and provide more flexibility. MobilePay fit the bill, as users do not have to download an app or create an account to pay for parking. They simply scan a QR code or text an SMS short code, enter their information, and pay.

ODU started by testing out MobilePay at one of its satellite campuses to see how it worked. “People just started using it right away and seemed to really like it a lot,” Campbell said. “That allowed us to bring it to main campus.”

On main campus, ODU first introduced MobilePay in lots that were previously permit-only. This was part of the team’s plan to move away from separate permitted and hourly areas, while also addressing misuse in permit-only lots. “Before, when people would park in those lots, instead of buying a daily permit they would just risk getting a ticket,” Campbell explained. “After introducing MobilePay in those areas, we found that people saw the signs and would pay for the 30 minutes or the hour that they were going to be on campus.”

Then, at the beginning of its new fiscal year, ODU rolled out MobilePay across campus in all of its hourly parking locations. Before deactivating its pay stations, ODU had a three-week overlap where both options were available. This gave them time to get the word out about MobilePay and alert people that the pay stations would be going away. “Then, once we pulled out the pay stations, people just started using MobilePay,” Campbell stated.

After just a few months of having MobilePay on campus, ODU has seen strong adoption. Throughout the summer – when most summer classes were held virtually and many faculty and staff were still working from home – they were seeing about 200 transactions per day on MobilePay. Since students and faculty have returned to campus for the school year, that transaction volume has more than tripled to 650 per day.

Campbell credits much of the success to the QR codes, which have become much more prevalent over the past year and a half. “I think people who maybe had been hesitant have gotten used to using their phones to do all sorts of things. For example, now when you go to a restaurant, instead of giving you a menu, they have the QR code to scan on the table.”

Another positive for ODU has been MobilePay’s seamless integration with their LPR enforcement system. “They work really well together,” Campbell said. “We’re able to quickly see the reads that come through in the car, and it’s very easy to tell if someone used a permit to park or if they paid with MobilePay.”

Most importantly for the TPS team, their parkers are happy with MobilePay. “People seem to really like it. The students have had no trouble figuring out how to use the product and overall seem to really like the convenience. Honestly, we do not get many complaints at all.”

“We find that people just look around, they see it, and then they use it to pay. MobilePay has really worked very well for us. We’re quite happy with it as a solution on campus.”
Katie Campbell, Associate Director for Data & Administration

Campbell emphasized that signage is key for anyone implementing T2 MobilePay. “We really struggled with where to place signs in our lots to make sure that people saw them, but also not to be littering the locations with signs so that it was overwhelming. We did a lot of window clings that were helpful for our garages, so that when you’re walking out, it’s right there at eye level, as well as at footpath exits to some of our larger lots where people would see them on their way to different places.”

“The other thing too was really pushing the message out that this was something new that we were doing on campus,” Campbell added. “We did that through social media and through signs and notices around campus, and I think, for the most part, it was very helpful. When we were switching away from the pay stations, we did A-frame signs that were a little bit bigger than the signs that we had throughout the garage, so it would call people’s attention to it.”

Ultimately, a methodical approach is important to long-term success. “We’re still really working on fine-tuning our signage and anything additional that we’re going to add. But we find that people just look around, they see it, and then they use it to pay. MobilePay has really worked very well for us. We’re quite happy with it as a solution on campus.”

Back
← Employee Spotlight: Albert Bartee Where to Find T2 at NPA 2021 →
Skills Posted on